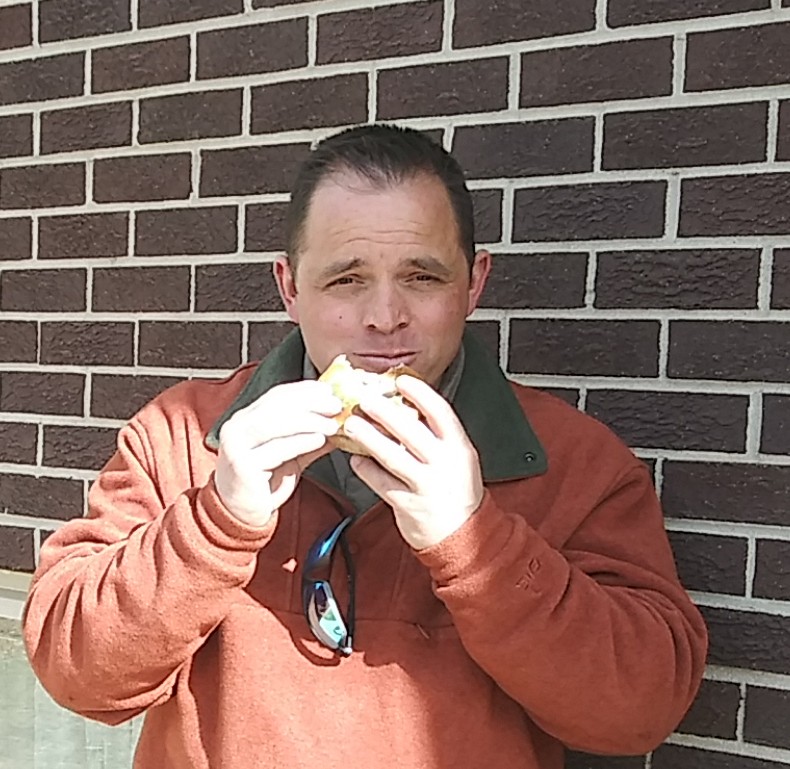 I have heard it said that if a man throws stones at you, you should build something with them.

They wanted the Beast out in a hurry. Those stones weren’t the type I wanted to build with.

They wanted the Beast dead. His holding cell would not keep him safe for long.

I have known the Beast nearly all of my life. He is my friend. I appealed to the King to let me take him to the Northern Lands. In other words, permanent exile.

The King agreed and permitted me to take several newly trained scouts and guards.

There was a catch. I preserve the life of my friend on the condition that I take a group of hardened criminals with and oversee the building of an encampment with them, far away from La Longi.

So, I went to Silent Gallows where the Beast was and began recruiting. La Longi has two dungeons, the other being Last Rites Gatehouse. Many of my “volunteers” came from Last Rites.

I presented my list of ne’er do well to the king of La Longi. The trip was financed by the king.

I will be on the lookout for opportunities that benefit the interests of the Kingdom of La Longi.

For introduction, I am Brother, a freedman. I am a veteran of a few battles and I am loyal to the Kingdom of La Longi. I train watchmen and city guards for the king.

This new assignment was a little bigger than what I was accustomed to.

I was not given the title “Brother” as a compliment. I am a hard man in a hard world. I have a reputation for keeping order and enforcing rules.

Think Oh, Brother and you will get the idea. I heard it is a swear word in another language.

I am somewhat like a wall. Run into a wall and you will know it.

The criminals that I brought seem to have an order to things as well. On our way to our destination in the Northern Lands, a certain man in our party named Geoffrey Stein was missing from our accounting of everyone at the campfire.

There are some crimes so sick that the scum of the earth will not even tolerate them.

We buried what was left of Geoffrey.

Upon reaching a predetermined destination known by a scout and myself,

I oversaw the construction of a small camp with makeshift huts with a large fire pit at the center. We agreed to call the camp Northwich.

There is evidence of a prior village.

I roughly knew of the place though I had never been here.  The King’s Alchemist read in his ancient texts that there are potentially valuable resources here that are “otherworldly”.

I am not one to mince words in absurd folklore. If the King is financing a trip that gives the Beast a place to find a future other than a rope or worse, I am in.

I would ascertain that several hundred people lived in Northwich at one time. Those with me have said it looks like a dragon came and destroyed it.

Upon closer inspection of the structures built around the encampment, it was indeed unusual.

All of the wooden buildings are mostly burned to the ground. Initially, I thought bandits or a raiding party did this, but there are too many useful items here that could have been easily taken.

I suppose it will remain a mystery.

If you are unfamiliar with the area, the land north of La Longi is beautiful and forested. Plains rise into the foothills, and that is where Northwich lies.

When darkness falls, fire must be prepared to keep the creatures of the night at bay. The fire must never go out.

It is not safe to venture alone into the forest if you do not understand it. Especially at night.

I have been here for a while and I call Northwich home. I have sent messengers to update the King of our status here. We have been productive and it is almost time to plant winter wheat and garlic.

I am on hold about the special “resource” I am supposed to be extracting from the area. The king seems content to have moved some of his problems off to Northwich.

I sit by the Campfire. The Campfire is the meeting place where decisions are made.

This morning, there was a striped hide rolled up and tied with a strip of leather where I sit.

It appears to be from the locals. They have been watching us quietly but have kept their distance. The hide has words from our language and other words I do not understand. I understand it to be a gift. It says, “for Beast.” There is an image made with charcoal of the Bard, the Beast and myself.

I suspect the Beast will greatly appreciate this.

He is unaccustomed to honors or attention.

This is a good sign as well as to our potential interactions with the locals.

Every once in awhile a local will come and sit by the Campfire. I think they are drawn to the Bard.

He likes to sing.

I haven’t seen Jeptha for a for a while. That is the Beast’s name. He stays out of the camp for long periods of time. I suppose he has met those we call the Forest People.

I enjoy today a heated beverage made from roasted and ground beans. I trade the locals for it. It is called in the local tongue, Coffee.

The locals have good taste in beverages.

The Beast is around I suspect. The hair raises on the back of my neck. I can almost smell him.

I place the little gifts facing outward from the camp on trees when I receive them. They will disappear in the middle of the night when the Beast is more active. He will no doubt stash his treasure with the other trinkets he holds dear.

Jeptha or the Beast is misunderstood. He is fierce and sentimental. He is unrealistic in protecting what he cares about and he oversteps social norms at times. I think overall he has merit.

I brought him here in hopes that he can start fresh.

Jeptha is probably more creature than anything else. I never met his parents and have yet to see him sleep indoors.

I feel a respectful distancing is of value in our friendship. The moon will be at a waning crescent. He should be moderately reasonable if he comes to camp.

The Bard lingers near the fire beside me this evening. He has an odd sort of instrument given to him by the locals which we call the Forest People. He sings at night, drawing people to the campfire. The Forest People come from several days away to hear him. They carry on and sing with the Bard and like ghosts they leave the Campfire like they were never there.

He was in town when the Beast was in trouble and elected to come with us.

I envy the Bard and the Beast to some extent.

They have adventures and stories to tell and seem like they have it all figured out.

Me, I tend to overthink things and get caught up dealing with concerns that are brought to my attention.

I suppose it is my lot in life.

I like the campfire and the camp. It is my duty to keep the encampment in order so I had better like it.

“Bard, the fire burns and we have travellers. Sing a song for our guests, will you?”

Brother, I thought you would never ask,

I will comply with your requested task!

I am the Bard, I sing at Brother’s fire,

Good times we have,of mirth I do not tire.

The wordsmith,the rhythm maker,  Him sing along in measure,

Those thirsty for ears tickled will have in me a pleasure.

Welcome my friends, to Brother’s camp,

When you leave you may return,

We give directions or a map.

The Beast avoid, he is not fun and games,

But me the Bard with words will charm,

your smile on me you will blame!