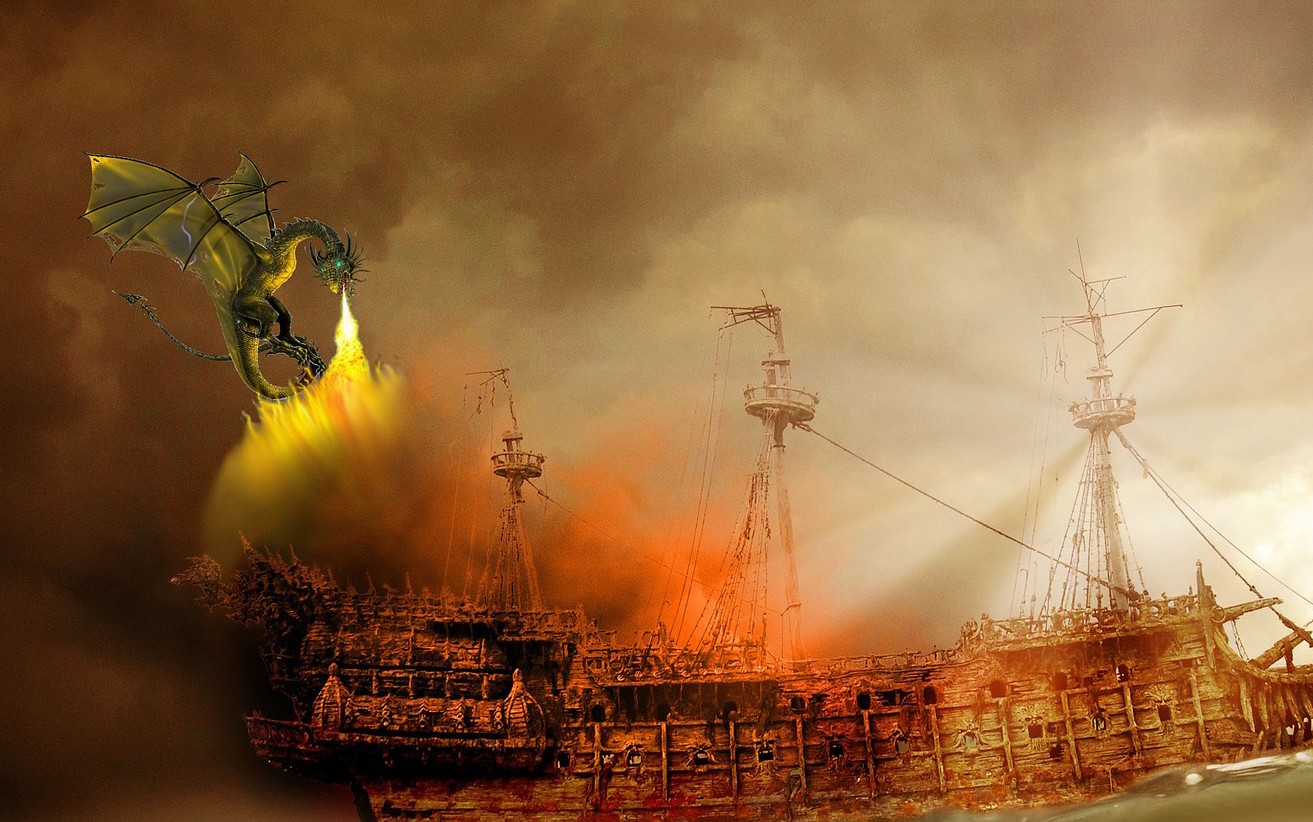 Hello, and welcome to Brother’s Campfire! My story is ongoing, so hop in any old where!

The Ashton story starts at Chapter 201 with Ashton’s Foraging Trip.

Today’s story has a few old friends from way back, unknown to Ashton as yet. Stay a while, roast a marshmallow and enjoy a Brother’s Campfire story!

Old Black Nick was blunt if nothing else.
“Ashton, there are many hurt and dying here, and if you know a bit of medicine, I can use your assistance.”

Directly, Ashton went to work.
He gave orders to the sailors to make a covered area, a triage of sorts for the wounded.

Ashton was met by a scrawny little red haired woman wrapped in a hooded cloak. “My name is Petra, can I help you in aiding the hurt?

“Yes sir!” She replied, and was off to gather the supplies.

Ashton’s voice shocked Ashton more than it did anyone else, but it was important to preserve life and time was of the essence.

These were not injuries of shipwreck, but battle. Strangely, there were singe marks on clothing and some severe burns.

A large red headed man was in agony. He had deep gouges everywhere and a clearly broken arm. “I need men to secure him!” He shouted,”this is going to hurt.”

He put a stick in his mouth for him to bite and he spit it out.

“Boo that pain, just do the thing. Sure as I am Baldwin Mailer, reset the arm already!”

Ashton waited for the men to secure him and then set the arm. Baldwin screamed and then laughed with tears.

“Ha har, that hurt lad, now bind her fast lest I lose me arm.

Using his small saw, he cut a few of the sticks to size and splinted the arm.

Dunking the saw in hot water, he began sewing cuts and treating burns the best he could.

“Where did all these burns come from?”
Ashton asked while removing charred flesh from a man’s back.

At the moment, He was working out of kindness as his wife watched, it was too late for this man. She knew, and waved Ashton on, tears in her eyes.

Moving on, a sailor’s leg was mangled and twisted below the knee. “I know I got it to do, surgeon, saw it off.”

Ashton examined the leg. “No. Today we set it.”

Using every bit of his mother’s knowledge and his own limited experience, he did what he could.

What he couldn’t would be buried by morning’s light.

More mentally exhausted than anything, he washed with the hot water, gathered his belongings and found a place to sit down for a while.

War was so horrible. Had he not worked with his mother, he was not sure he could have helped them.

“You did a good thing, skinny man.”
It was Petra, the scrawny redhead in the cloak.

“Thanks, I appreciate you getting me supplies. Sorry for being so abrupt earlier.”

“Think nothing of it.” She smiled. “Would you like a slice of cheese?”

“Sure!” Ashton loved cheese when he could get it. It was a delicious change from the dry fish and bread.

Ashton felt a little better. “What happened out there?”

Petra sighed. “Well, first I have a little problem. I am a compulsive thief and stowaway. I love to eat cheese and wine, traveling from place to place.”

“Theodore, the man you sewed up, had friends in Vijayapura. They are farmers and the government was taking too much for them to make a living. He arraigned for. “

“Well, he and his friend Nicholas, who we call Old Black Nick decided they would sail over there to sell grain and pick up a load of dried grapes, lemons, and fabric. That’s when I decided to board the Netty Northwich.”

“Would you believe they made me work the whole way? That is not what I was expecting.”

Ashton was exasperated. “What happened to the crew, and the passengers?”

“I am getting to that!” She exclaimed.”here, have some more cheese!”

Ashton did not turn it down. He took a swig of water and sliced off a bit.

She winced.
“You are fortunate, I never share my precious cheese.”

“Well, on our return to La Longi, Admiral Gryll gave chase and caught up with us. They boarded and Theodore, a chemist, fought like a tiger and was cut horribly. His friends and family, who Nicholas agreed passage, were intent on saving Theodore and repelled the boarders with farming implements.”

“Once repelled, we sailed in haste to get away. I am no sailor, but my understanding of math and angles aided our speed, and we were rid of Gryll…. Or so we thought.”

“From the boats of the pirate, came forth dragons! They flew over our craft catching everything ablaze!”

“Captain Nicholas and Baldwin had seen such creatures before and defended the best they could with the sailors of more courage. At one point, a dragon took Baldwin high in the air and released him into the depths below.”

“If that was not enough, a storm came and here we are, shipwrecked. All is lost.”

Petra tucked her head in her cloak. It sounded like she was crying. ” I am so glad you were here to help us.”

Ashton was shocked. “That is terrible! This Gryll must be stopped at all costs! These were but farmers trying to make a living!”

A deep voice agreed. “So you will be going with us then lad? We need every swinging sword and sawbones aboard the Netty Northwich to get our revenge. He knows not who he has trifled with.”

It was Old Black Nick…..and he wanted an answer.