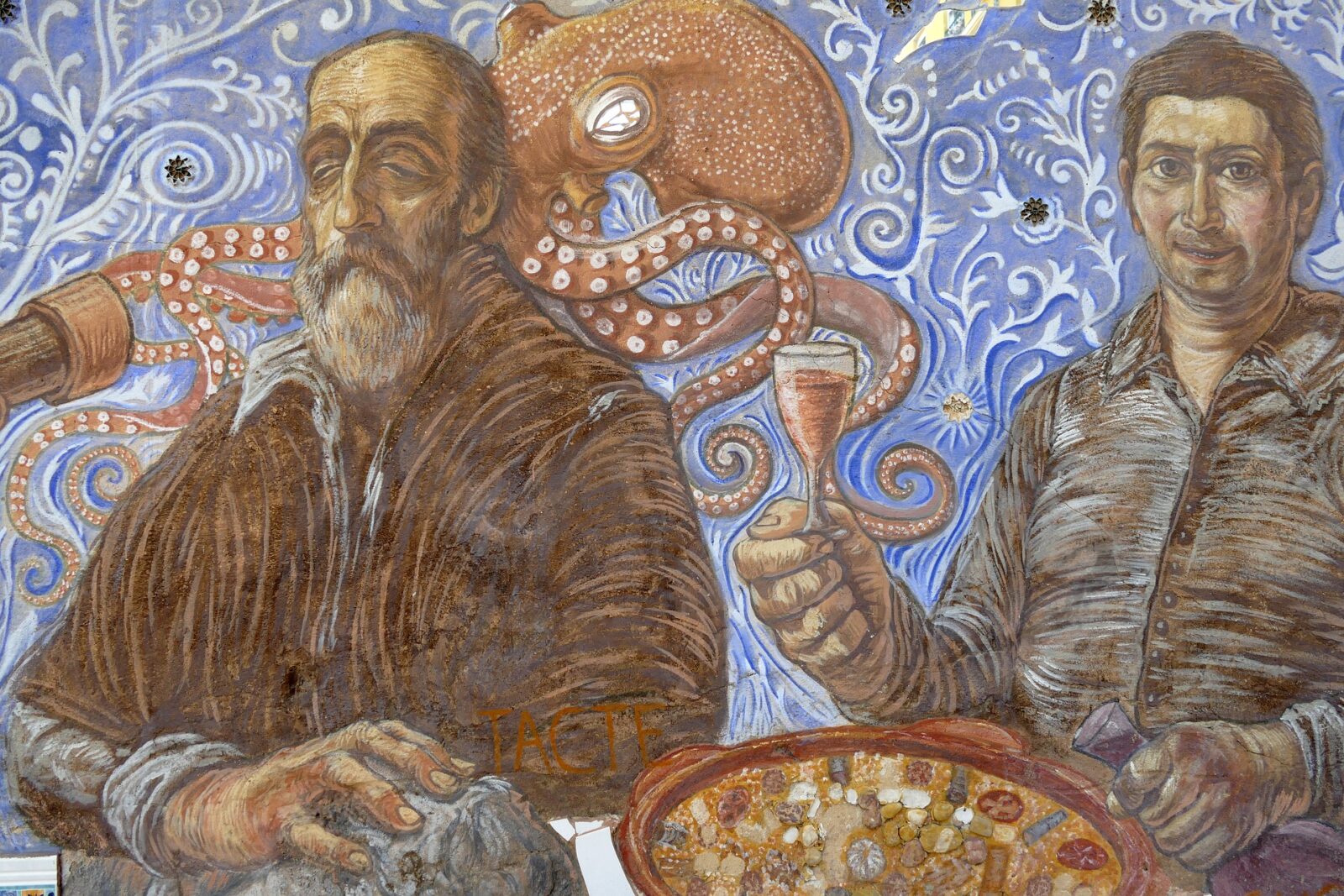 Hello, Benjamin from Brother’s Campfire Here! I bought a new cup for my collection!

I was excited to find this gem and always have an eye open for original pottery pieces.

Well, without further ado, gather round and I will spin you a tale….

The octopus has a very short lifespan, some of them only living a mere six months.

In their time of dwelling in the sea, they are curious and inquisitive. Contrary to popular belief, it is not terrible when the female strangles and eats them after mating as they frequently do.

See, the brain of an octopus is so complex, so intelligent, that they will die a slow, agonizing death of boredom. The male octopus literally begs for his end, and the female typically obliges.

Zoqem, well, he wasn’t so lucky. There were not too many of his kind and he was perpetually bored. It hurt his head.

The man outside of the wooden boat was feeding him an exotic diet of barnacles and was the cause for delicious effect.

This man would not be eaten while providing such scrumptious delectability.

Besides, Zoqem could hear the unmistakable sounds of metal unsheathed aboard the vessel and it hurt to be poked with them.

It was frustrating to Zoqem that others could be with like minded beings for the exchange of ideas. For instance, there was a wooden bucket hanging at the waterline by a rope. Every time he grasped it to see what was inside, the man feeding him barnacles would cry out in terror. Eventually, he withdrew into the ship.

This made no sense to Zoqem. Why would pulling a bucket on a rope result in the high pitched scream of the barnacle man? Why did he stop feeding him?

There was no more food and the bucket became a primary concern. A second tentacle reached inside the wooden confines of the pail. Ship’s biscuits! Gingerly, he selected one and placed it in his beak. It was very hard to break up, but flavorful enough to try another.

Eventually, no biscuits remained. He pulled on the rope and the ship swayed from side to side.  He wondered at the commotion above. They were throwing things at him and it was mildly irritating because it was not food. He slipped directly under the ship so it would not hurt. He had been poked in the eye before and it was not any fun whatsoever.

Zoqem saw himself as a wizened scholar and he knew quite a bit.

Word association was simple. He would follow a boat and listen. He was called “Kraken”. The pointy objects were arrows, spears and swords and  “throw him food” was among his favorite words.

These were simple, illiterate thoughts and associations. He wanted to know so much more and there was a pressing matter at hand that bothered him. The round object in the sky was bright and not to be looked at directly. It was the sun.

At night, there was a circle that changed shape every day called the moon. Sometimes it would not be visible, but it always came back.

His beak was not shaped in such a way as to communicate words and he was unable to ask. There were few that didn’t run away when he attempted to use his words.

He wandered about to examine the moon closer and tried to climb aboard ships to get a closer look. He was met with such resentment and pointy objects. They stifled intellectual pursuit.

He raged inside. It wasn’t fair. There were no mates around to breed with so he could end his thinking once and for all.

There was a man he was looking for that may engage in  and he was not on this ship.

Theodore. They called him a chemist and he was one to listen to. He wanted to go to the moon as well. He spoke of saltpeter, charcoal, and sulfur. That would take man to the moon, he said. Perhaps they could go together.

One day. One day, he would find out what the words of Theodore meant.

Zoqem plunged to the depths.

He was not particularly hungry, but rather thirsty for knowledge.

Or a mate. His brain hurt.